Close
Grow With Us

We Love Being Together

We share our happy moments, inspiration and achievements as well as challenges and complicated experiences. 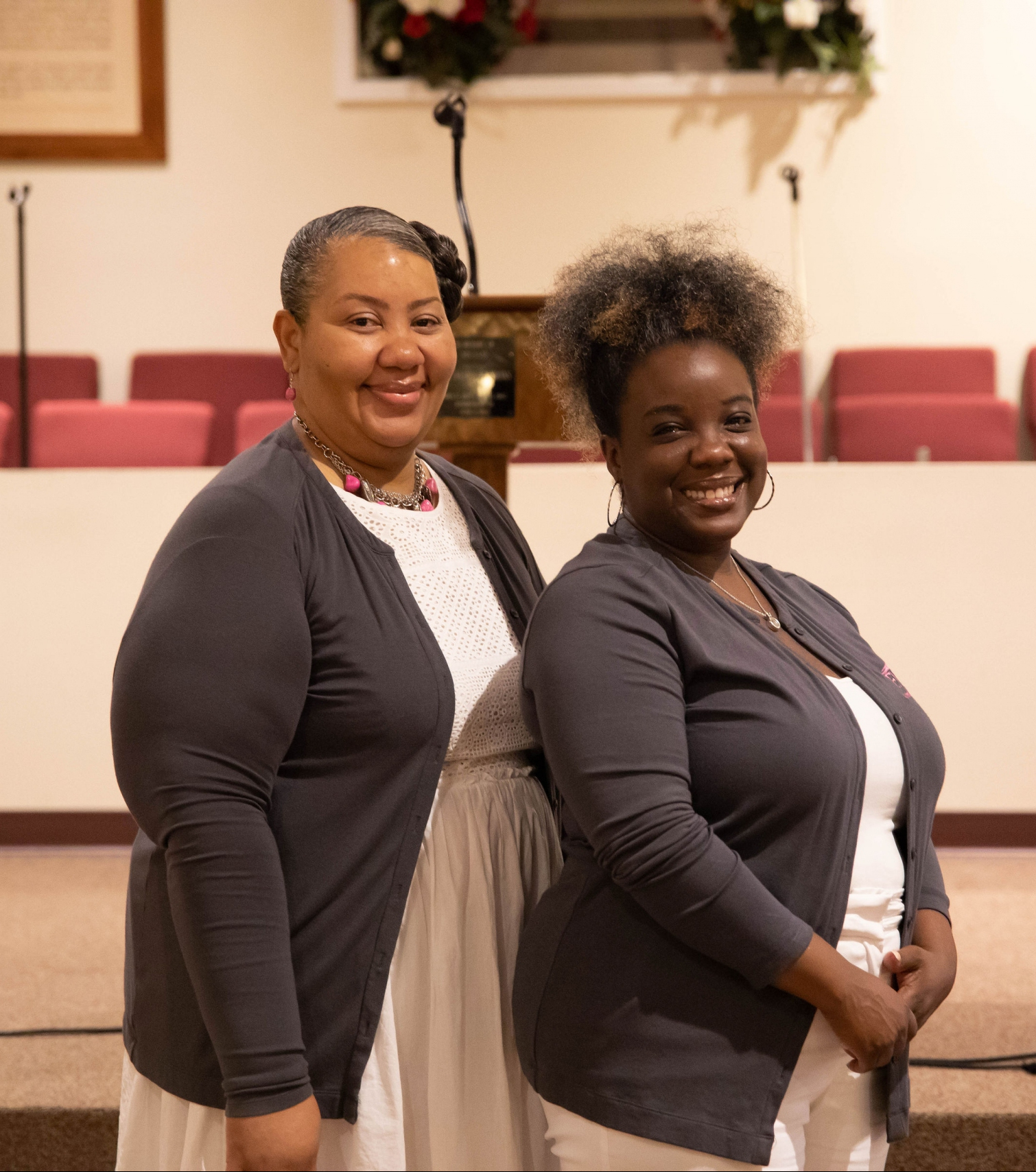 In February of 1963, The First Missionary Baptist Church of Gainesville, Florida was organized. The church was organized under the leadership of Reverend W.A. Miles at Daysprings Missionary Baptist Church, NE 8th Avenue. There were approximately 79 members who were dedicated to the up building of God’s Kingdom. Three men were chosen and set aside as Deacons for the church; they were Brothers Charlie Thomas, Bobby Moore and Johnny Carter. Later, three more men were made deacons; Coy Godbolt, John D. Heller and Robert L. Griffin. Deacon Ben Davis moved his membership to First Baptist and was placed on the Deacon Board.

We served in good fellowship at Daysprings Missionary Baptist Church for approximately six months and later moved to Antioch Holiness Church, Reverend Sam Bannister, Pastor. We worshipped in Christian love there until we moved into our own church. Reverend Miles and the members began immediately to work toward building their own church. The members held programs, selling, soliciting donations, etc., to earn money for the new church. In July of 1965. After the death of Reverend W.A. Miles, July, 1965, Reverend Adam Cromwell was called as pastor and served approximately one and a half years with us.

In February, 1968, Minister Eugene Gainey, a member of Mt. Moriah Baptist Church was called to serve as Pastor. The members rolled up their sleeves and worked hard under Reverend Eugene Gainey’s leadership. Through the dedication of the Pastor and members who were willing to give freely of their monies, dinner and sandwich sales, programs, donations from friends, family members, businesses and the donation of land by Phil Emmer, we were able to build our church.

On September 24, 1972, that glorious day arrived and we marched in and dedicated our new church. During the next years, Reverend Gainey chose Brothers Charles Williams, Sr., David McGhee, Andrews Miles and Ernest Berrian as Deacons. With the passing of many of our Deacons and others moving on to other places, within a few years we were left with one Deacon, Deacon Charles Williams, Sr., and the Lord showed Pastor Gainey the following men to ordain as Deacons in June of 1993 – Brothers Charles Baker, Kenneth Simmons, Willie Stephens and Curtis Thomas. Brother Gilbert Hill who moved his membership to First Baptist was added as Deacon at the same time. Deacon Charles Williams Jr., was added to the Board in 1994 after moving back to Gainesville. Deacon William Young was added to the Deacon Board during the next year. In the early 2000s, Deacon Gilbert Hill moved to Georgia, Deacon Baker also moved to Georgia. Deacon Charles Williams Jr. and Deacon William Young were called into the Ministry. Deacon Stephens moved to Maryland and later moved back to Gainesville and stayed at First Baptist for a short period of time, leaving Deacon Kenneth Simmons and Deacon Curtis Thomas as the only church Deacons. During 2006, under the Pastorship of Reverend Lionel S. Taylor, the following men were chosen and ordained to join the Deacon Ministry, Deacon Enoch Jordan, Deacon Kevin Mack and Deacon Yarnell Wilson. The Deacon Ministry presently has six men, Deacon Kenneth Simmons, Deacon Curtis Thomas, Deacon James Collier, Deacon Enoch Jordan, Deacon Kevin Mack, and Deacon Yarnell Wilson.

During Reverend Gainey’s thirty-five years as Pastor, several members and Deacons were ordained or sent out by the church as they were called into the Ministry became Ministers/Pastors, John D. Heller, Ernest Berrian, Charles Williams Jr., William Young, and Veronice Miles. Jose Cuevas came to FMBC as a Minister and served until he was called to Pastor a church. Sidney Jackson was ordained @ another fellowship but served as a Minister here until he left in 2004. Reverend Jessie Whitfield became a member of First Missionary Baptist Church and served as Assistant Pastor for a short time period under Reverend Gainey. We thank God for all of those that consider Reverend Gainey their “father” in the ministry.

During the summer of 1997, Reverend Gainey and the officers proposed to the church that we purchase approximately two acres of land that surrounds the church and many of us gave willingly to support this effort. The land was purchased and paid for and we thank God that we have this land for future growth when it becomes necessary.

In 2003, Reverend Gainey retired after 35 years as Pastor; he was given the title, “Pastor Emeritus.” A search committee was formed during Reverend Gainey’s last year as Pastor but a new Pastor was not chosen until July of 2004; Reverend Paul Williams from Little Rock, Arkansas, was called as Pastor and served approximately 5 months. The church was again without a Pastor and the Deacon Staff and church members requested that Reverend Eugene Gainey come out of retirement as Interim Pastor for the first Sunday in November of 2004, and serve as Interim Pastor until a new Pastor was called. Reverend Gainey accepted and served during periods until June 2006 as Emeritus, Interim and Guest Pastor. Another search committee was formed and the church began to pray for a new leader after Pastor
Williams departed.

On the Second Sunday in June 2006, Reverend Lionel S. Taylor from Jacksonville, Florida, was called to serve as Pastor. In June of 2007, the church was again without a Pastor. A search committee was chosen and we are waiting for God to answer our prayers and send us the leader he has already ordained for this fellowship.

The church prayed that God send them a God fearing man who had a love for him like Paul and David and who had a desire to please him. During the time we did not have a Pastor, Dr. Tyrone A. Blue, a young Minister from Callahan, Florida was utilized to help carry out the preaching assignments at the church. During the next year, it became obvious that God had sent to us, the man that he wanted to be our Shepherd and on the 4th Sunday in June, 2008, Reverend Dr. Tyrone A. Blue became the Pastor of our congregation. He was ordained as Pastor of FMBC, September 14, 2008. Our church motto is, “A Church Moving to the Next Level and a Church Where Ministry Matters.” We know that under the leadership and guidance of the Holy Spirit and Dr. Blue, we will indeed move to the next level in Christ Jesus.

Under Dr. Blue’s leadership, the church is revived and new saints have been added to the fellowship each year. Members who departed have returned and rededicated themselves to this church body. The worship services are Holy Ghost filled and new ministries have been implemented under Pastor Blue. Dr. Blue’s vision for the church is at hand and his commitment to grow God’s Kingdom through outreach, teaching and preaching are electrifying.

Minister Jacqueline Strappy joined our congregation in 2011 and serves as an Associate Minister under Dr. Tyrone A. Blue.

In 2011, the Pastor selected a committee to begin the process to build a new edifice to honor God. Phil Emmer-Emmer Development gave us an additional ½ acre of land. We are excited and look to the future of the church and having a new space to Honor, Worship and Praise God.

The Lord has blessed us with many members since the organizing of the church. He has brought us a mighty long way. In memory of our fallen soldiers, to many to name or number in this document, who were dedicated to this church, we dedicate our Church’s Anniversary.

I will lift up mine eyes unto the hills, from whence cometh my help, my help cometh from the Lord, which made heaven and earth. He will not suffer thy foot to be moved: he that keepeth Israel shall neither slumber nor sleep. The Lord is thy keeper; the Lord is thy shade upon thy right hand. The sun shall not smite thee by day, nor the moon by night. The Lord shall preserve thy soul: The Lord shall preserve thy going out and thy coming in from this time forth and even for evermore (12lst Psalm).Dr. Tyrone A. Blue, Pastor/Teacher 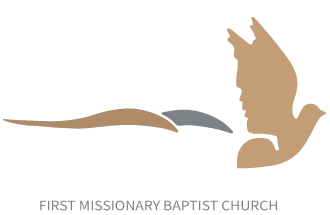